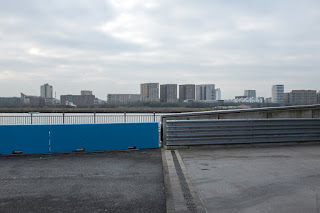 My recent walk took me on the North side of the Royal Albert Dock. Left the DLR at Prince Regent and made my way Eastbound towards Gallions Reach. The walk is very pleasant, very linear or flat I would say. You have great views South across the Dock as you witness the previous Silvertown captures growing. But here on the Northern part of the Dock the new constructions remain quite low in comparison. That is certainly due to its proximity with the airport. As you pass the Connaught Bridge you notice few new blocks which are all budget hotels or AirBnB accommodations, just another corner of soulless concrete. 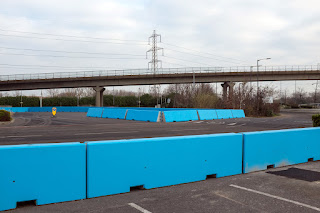 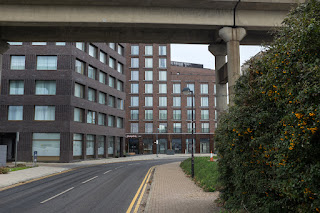 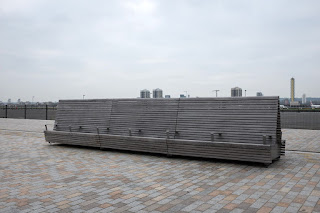 You pass the Albert Dock DLR station and then appears a new landscape behind the London Ambulance Dockside Education building. A vast perimeter informs us of the "next London Business district!" Most of it is empty and awaiting. Only a fraction has been built in a grey sober fashion next to Beckton Park station. Two vast mansions have been kept by the station with all their windows covered with protective fake window panelling. The effect is striking and spooky but I love it. Then a vast empty space distances this newly built area with the University of East London. 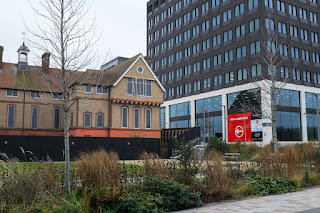 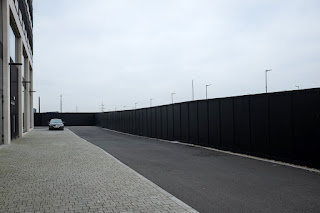 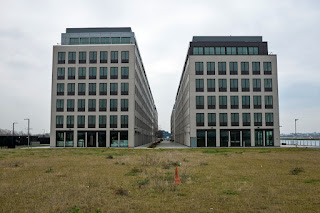 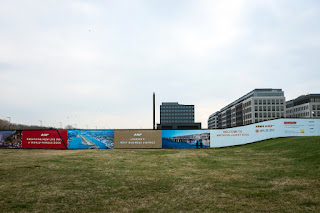 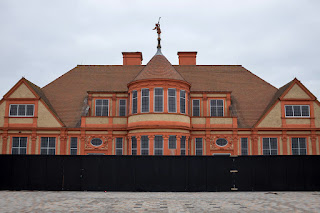 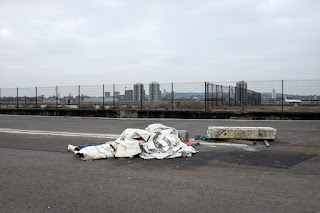 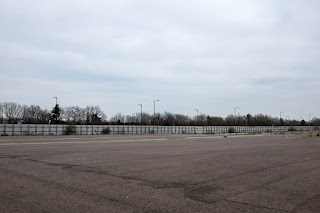 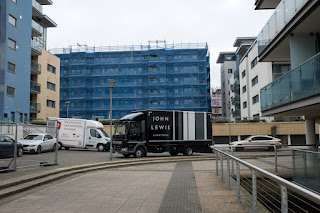 I walk under the Sir Steve Redgrave Bridge and access the most Eastern part of that Thames bend. It is impossible to go further East following the river as the Docklands Light Railway Depot is followed by Gas Works, then Business and Shopping Park, then followed by Sewage Treatment Works and finally by the mouth of the river Roding. So we are now reaching some kind of Land's End. But nevertheless this is the perfect opportunity for developers to create a whole new district. When I last walked this area only few constructions appeared of the roads flanks and in its far corner. Today a whole new small town is being built. Again the new blocks are not as tall as the ones in Riverscape developments but taller than the ones by the Dock. 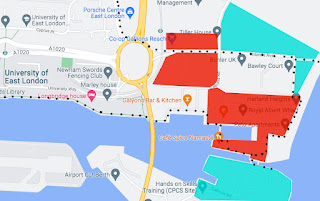 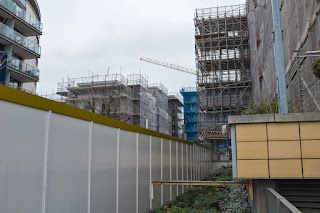 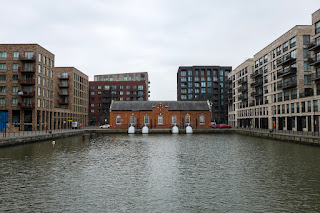 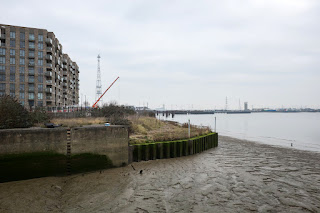 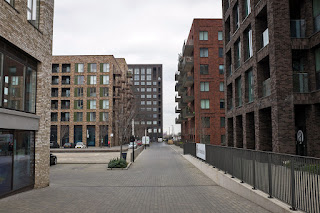 What strikes me thought having photographed the East end for the last 12 years is how the developers decide architectural design ahead. As we approached the Olympics we were still in the midst of the financial crisis, so most of the developers went for cheap colourful panelings. In the last few years the new trend is the low rise rabbit cage like covered in "traditional" brick outer skin. This new Royal Albert Wharf takes it to another level! If you wish to create a catalogue a coloured bricks this is the place to go. Every single block has a different colour or coating or mix of shades. There is a real attempt to bring joy but I am not really sure if its magic works. 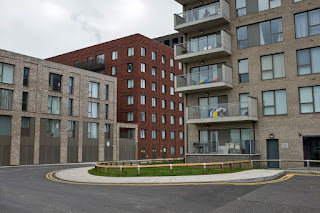 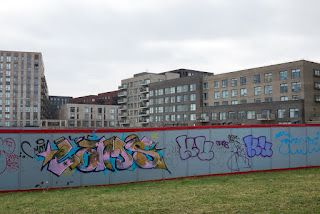 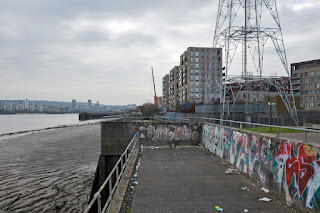 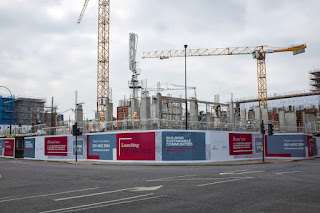 At Gallions Reach station I have a snack watching the cranes dancing. I then walk my way up to Beckton Bus station when my journey ends for today. Good walk! 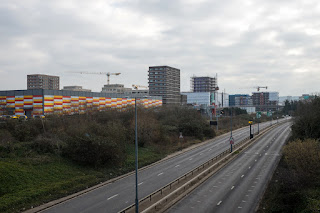 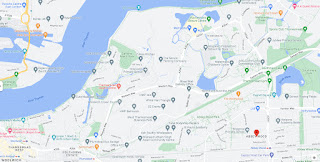 Collection of photographic works about the East part of London where the core of the 2012 Olympics took place. The project aims to capture a landscape in transition. Not only of the new site but also of its surroundings. This platform is a unique opportunity to share visions and opinions related to such a phenomenon. The works presented come from original and individual initiatives.